Hanging on to Max (Paperback) 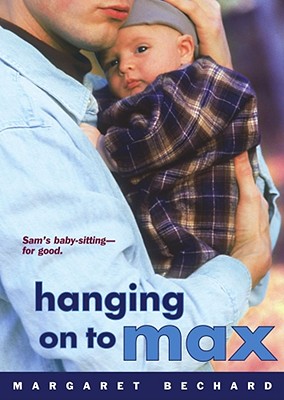 Hanging on to Max (Paperback)


Usually Ships in 1-5 Days
It's Sam Pettigrew's last year of high school. And he's spending it figuring out how, at age seventeen, he is supposed to care for his baby son, Max.
Max wasn't part of the plan. He wasn't even part of the backup plan. But he's here now, and Sam is attending an alternative high school with other teen parents like himself. Talk about a wake-up call. But Sam is determined to make it work, to show everyone -- his dad, his new girlfriend, himself -- that he has what it takes to be a good dad.
Trading footballs for diaper bags and college brochures for feeding schedules, Sam gives fatherhood his best shot. Only no one told him it would be this hard. What if his best isn't good enough?
Margaret Bechard is the author of five novels for younger readers, and one other young adult novel, If It Doesn't Kill You, which SLJ praised for its "healthy dose of humor." She lives in Tigard, Oregon, with her family.
Publishers Weekly Unfailingly real.

SLJ starred review A breath of fresh air....A poignant winner of a book.